That was predictable. Just after Flavio rang off, Max calls. It sounds hollow, like there’s a bit of an echo. 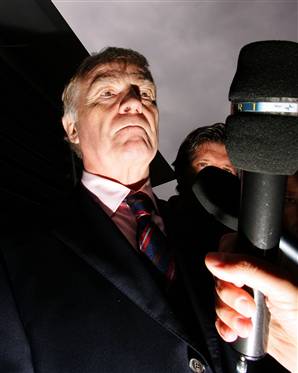 “Max, I hope you’re not calling from your dungeon again?” I ask. He knows I hate it when he does that. Every man is entitled to his own funny stuff, I always say, just as long as they don’t bother me with it. I find the thought of Max phoning me wearing only a leather harness and a whip in his hands slightly disconcerting, to say the least.

“Quit nagging, Bernie,” he says. “Point is they let off that Briatore bastard. What’re you going to do about it?”

Well, not very much, I say. I mean, what can I do? It’s up to Jean to appeal and as far as I know, that’s exactly what he’s going to do. But Max is on one of his rants.

“The guy’s a complete crook! I should’ve known from the beginning, and so should you. Guy was nothing but a frigging loser door to door insurance salesman until he got lucky and his boss died from a car bomb. In hindsight, makes you wonder doesnt it?” No, in fact it doesn’t. I always keep an open mind, especially when someone’s a business partner and I make money off him. But I know better than to interrupt Max.

“We gave him all the benefit of the doubt. Never asked him about his prison sentences, fraud convictions and God knows what else. Caught him redhanded with forbidden software and other rules violations and let him off with a slap on the wrist, time and again.” I wonder with what Flavio’s wrists would’ve been slapped, but decide to let it go.

“But that Crashgate business was the bloody limit, I tell you. And even then, I would’ve been lenient if at least he would’ve shown some remorse.” This I recognise. Max has always been big on remorse. I bet it’s one of his themes in those sex sessions of his. There I go again, this is precisely why I hate these dungeon calls. Makes it impossible for a healthy bloke to have a straightforward conversation, without wandering off into unnatural thoughts.

“Look at Symonds. I mean, we let him off with a five years’ ban, didn’t we? Cuz he said he was sorry, it’s that simple! Said he’d never do it again. That’s all it takes.”

I reply that he should let it go, it’s in Jean’s hands now. People already suspect that Flavio is Max’s favourite whipping boy and he’d better stay out of it, leave things to his successors. Then I realise what I’ve said.

His voice becomes eerily calm. “Did you say whipping boy?” I say now look, Max, it’s just an expression you know? Don’t make anything more out of it. We’re friends, and friends respect each other’s privacy. But I know it’s too late. I’ve heard that tone of voice only a few times before. The last time was when he’d just received my 2008 Christmas card. He didn’t speak to me for more than a month, and I had the distinct feeling that I got off lightly.

He says, “Shut up Bernie. You’ve said enough for now. There are certain matters I have to attend to urgently. Good day and please don’t call.”

Creep. Note to self: tell Goran, my head of security, to put his lads on higher alert. 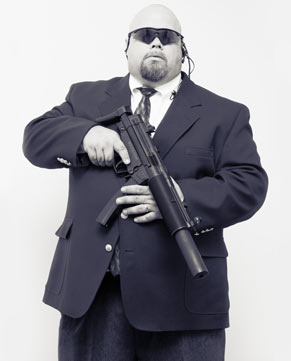