Just got back from the annual Ferrari and Ducati ski do in the Italian Alps, or as I like to call it, the Ultimate Italian Motor Racing Wankathon. 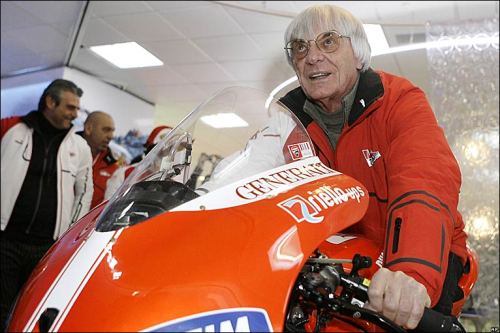 Might sound like fun but I assure you there’s nothing funny whatsoever about a bunch of Italians getting pissed in the snow. Or it should be the army of journalists they invited as well, who’re getting even more pissed. To make it even worse, they make everyone wear Ferrari gear so you end up looking like a giant group of sloshed red and white dorks.

But there’s something to say for going there and staying sober. With 40-odd journalists who need to justify going on a junket and almost everybody else sailing three sheets to the wind, those who can still finish a complete sentence get all the headlines. I.e., me.

Also helps to suggest shortcuts in racing circuits, of course. Not that it’s a serious suggestion but hey, something needs to be done, don’t it? Boring races are not good for sales, and having an Overtaking Working Group (I’m not making this up) doesn’t really help. Jean, consider this a cry for help. Do something about it, preferably something radical.

Other good thing is I got a word in with Ferrari’s noble boss Luca di Bloody Montelezemelemololo, who popped in for a second or two with his private jet. I needed to speak to him because of Ferrari World, maybe you remember it. It’s that big building pit sitting in the middle of the beautiful Yas Marina circuit. It was bad enough to have one race around an unfinished toilet seat with a giant Ferrari logo on it, but I won’t have it happen two years in a row.

But Bernie, he says, you know how it is with those Arabs, don’t you? No I don’t, I say, I got them to finish the circuit in time, didn’t I? So how about that giant red roof with a 20 acre Prancing Horse on it and nothing underneath? Yes he says, but you didn’t go with a Belgian contractor. That’s typically Slick Luca for you, always showing off his international connections, even if it’s in the negative.

I don’t care, I say. You get that thing finished before the next race, whatever it takes. I don’t care if you have to kneel down before the Sheikh of Abu Dhabi and present him with a Ferrari toilet seat in order to have that happen, but get it done!

I know this isn’t going to make a bit of difference, and he knows it too. But one has to make a point, doesn’t one?