Just got a call from Zoran Stefanovich. Apparently watching the on-track excitement of late has the same effect on him as it has on Flavio: he’s dying to get his share of the fun. Stefan GP’s botched entry into F1 has been marred by bad luck and mistakes; and to add insult to injury, FIA’ve reopened the selection process to fill the vacancy left by the US F1 morons in 2011, forcing him to start over from zero. 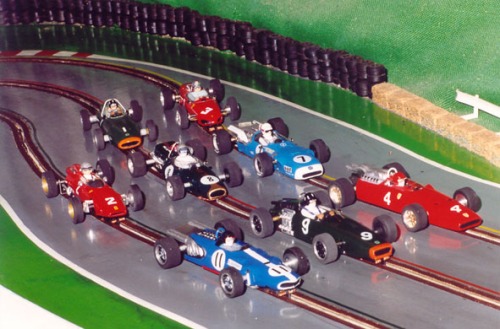 So for Stefan’s benefit, and all those who’ve rediscovered their boyhood ambitions to become part of the pinnacle of propulsion, the apex of automotive entertainment, the ultimate pleasure of racing the world’s most advanced automobiles around the world’s most consummate circuits (we get it, we get it – ed.): here are the five golden rules for aspiring teams to get themselves a slot or two on the grid.

1. Do not sue FIA. This is paramount. They think suing the hand that’s going to feed you is stupid. And Jean Todt hates stupid.

2. Pretend to spend. FIA’s come back from Max’s big idea idea to admit paupers. USF1 fortunately didn’t make it so we’ve got three of them on the grid. Lotus may turn out to be not so bad after all but that’s a 1 in 4 score so far, so don’t push it.

3. Pretend to build your own car, even if someone else actually does it for you. Meanwhile have someone else build it as it’s a lot cheaper (and easier) than developing one yourself.

4. Promise to use a Cosworth engine. FIA promised them a lot of business and worries they might head for the exits again if there’re not enough takers. You can always switch to Renault later but why would you? Ask Red Bull.

5. Don’t hire people who were fired from F1 for being an embarrassment to the sport. Sounds a little obvious but did anyone tell Stefan?

This entry was posted in F1 and tagged 2011 season, F1, FIA, Stefan GP. Bookmark the permalink.